How many times can I start a blog with 'I'm sorry it's been so long' or something of that ilk?

But yeah, it's been a while and I'm sorry for that. I have been kind of busy with other projects, but it's still no excuse. The 'other projects' do however give me something to talk about in this blog post!

First off, I've taken up Instagram. You can see all the photos I've shared here - http://instagram.com/instasamdraisey 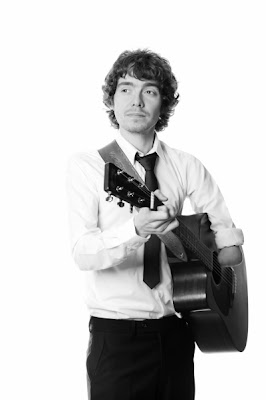 I've also started a new website purely for wedding bookings. I went the whole 'professional' route for this (sort of!). I've had a photo-shoot done, the results of which are on the site, but I'll share one of the photos with you here so you get an idea :)

I've done some new recordings for it too! A CD of 11 of my most popular covers. I call it 'Musician For Hire', not really an album title, as it's not an 'official' release, but at least it has a name! I've included the Soundcloud  playlist for it below. Feel free to check out the recordings and let me know what you think.

I've also recently done some new videos for it, adding a couple of songs that didn't quite make it onto the CD. Filming this was great fun, as I had to erect a backdrop and add lighting and sound and all sorts! Good job I have random old staging and spotlights lying around! The videos are also on the website on the 'Listen & Watch' page. Let me know what you think.

Oh, and that all important web address is www.midlandsweddingmusician.co.uk. I know, check me out with my search engine optimisation!

New website aside, I've also been planning and searching for new music nights to run. After I lost both The Albion and The Hartley Arms at the end of last year, it was a necessary process. A few months on, and I've started a new monthly open mic at The Pied Piper in Cannock, re-signed up to host The Fox & Anchor gigs this summer that I ran all through last summer, and started negotiations with a few other places to put music nights and open mic nights on there.

On top of that, I played in Worcester on Friday at a gig that also featured my good friend Brains For Breakfast on his first UK tour. It sounds like he is have a great time, and has inspired me to attempt something similar at some point. Keep your eyes peeled for that, and any suggestions on where to play would be greatly appreciated.

Anyway, until next time (and hopefully I won't leave it so long!) have a look at the site and it's new content and tell me what you think, and keep enjoying the music