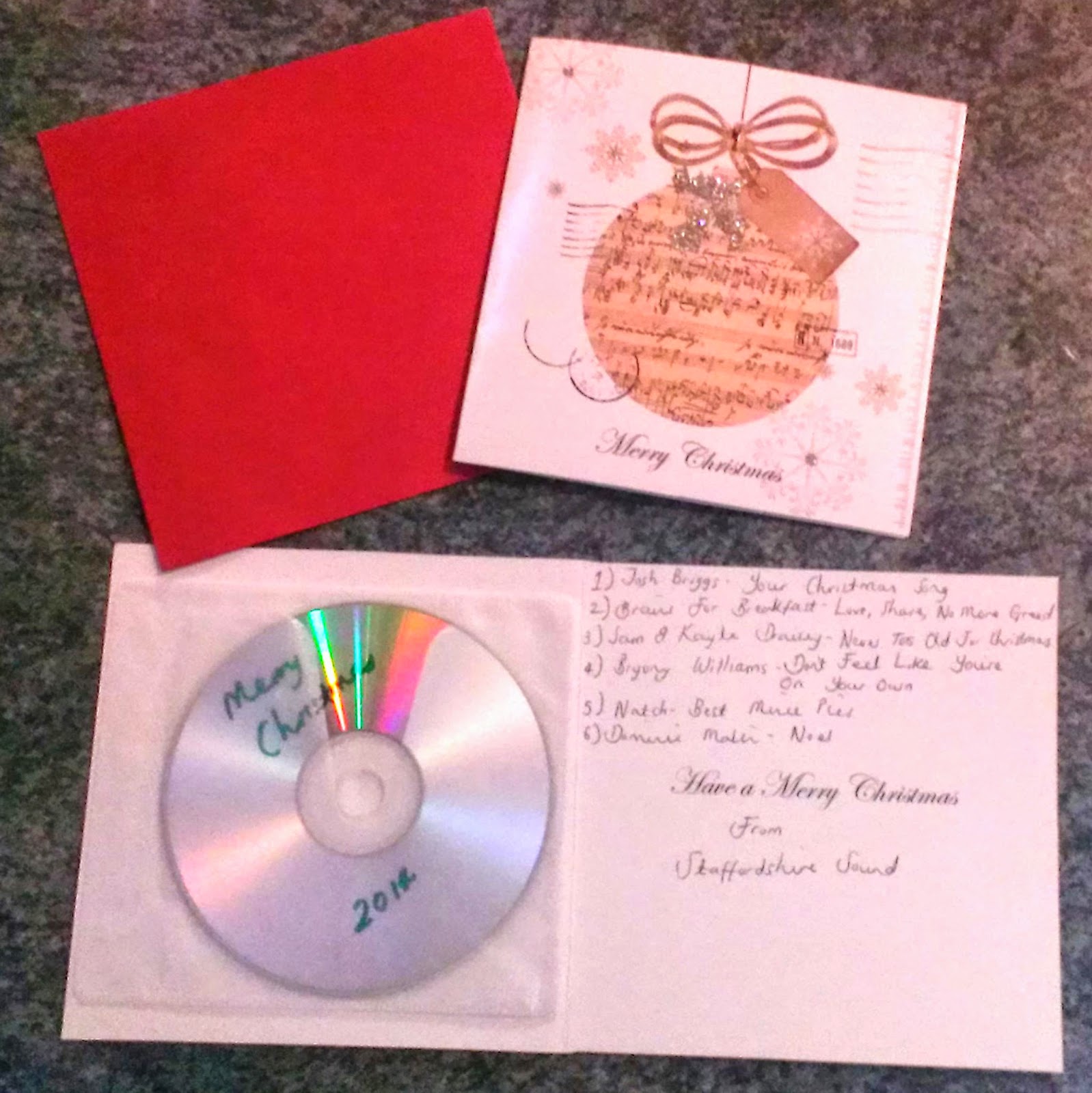 The Charity Christmas Album is now out and available from my online store. Get yours now for just £5. This year's chosen charity is the British Heart Foundation. I'm sure you will agree it's a hugely worthy cause.

There are 6 tracks on the album this year. Mine is a duet with my wife Kayla and I think it's the first time she has sung on a record (it won't be the last; trust me!). There are also great songs from Christmas Album new-boys Brains For Breakfast and Josh Briggs. Those of you who were at the Oxygen Thief gig earlier in the year will remember Josh I'm sure. He blew us all away that night and his Christmas song is a lovely little reminder of everything we love about Christmas. 'Brains' is a long-time friend of mine whom I have gigged with loads and I had great fun recording his track with him. It's also ace, by the way.

Alongside the new guys are Christmas Album stalwarts Natch and Dom Malin, but excelling once again within their own individual styles, showing that, as always, the Christmas Album is a hugely diverse release and always has something for everyone. I love this about the albums, that not only do they catalogue some of the artists I've worked with during the year, but also show how diverse they are and how Christmas can mean so many different things to so many different people.

We also have a re-released track on the album from Bryony Williams. After debuting on last years Christmas Album with her song 'Christmas Time' (now entitled 'Don't Feel Like You're On Your Own') she went away and re-recorded it, adding extra instruments and depth to the sound. Why don't you compare the two and let me (or her) know which one you like the best.

Anyways, my new show is at The Fox & Anchor on Sunday. If you don't want to buy one online, come and get a Christmas Album from me then. It starts at 7:30.
Posted by sam at 12:15 No comments:

You have have seen me banging on about this for a few weeks on social media, but I thought I would put an update on here as it's only a few days away! I'm really pleased with the line up for this year's Christmas party and hopeful that people will come out and enjoy it.

Just in case you missed it, here is the poster;

I've got a lot of work left to get it finished, but I should be releasing this year's Charity Christmas Album on the night too. It's a little bit light this year, but it's still got some great tunes from some of my favourite local artists