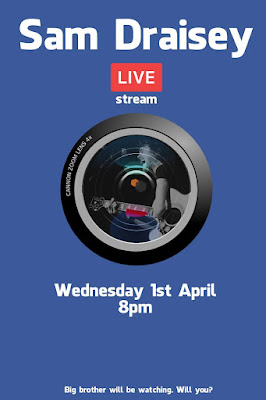 Now it looks like I'll be 'supporting' Davey Malone, as he's gigging live on Facebook on Wednesday from 9 too! You should watch both. Make a night of it.
Posted by sam at 18:05 No comments: 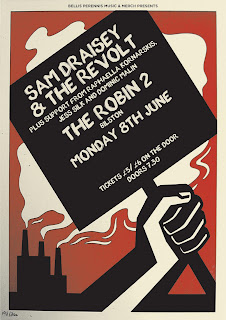 Delighted to be heading back to The Robin 2 in Bilston for a full band show. Excellent support acts on too in Dominic Malin, Jess Silk and Raphaella Kornarskis!

It could well be my only full band show this year, and we are hoping to play some new material, so make sure you don't miss it!
Posted by sam at 08:21 No comments: