January is always a month of change for me. Quite often it's the month where, if a recurring gig is going to get cancelled, it will get cancelled. This January was not without its victims as the open mic night at The Rainbow and the winter nights at The Fox & Anchor both bit the dust. It's sad, but I do understand that January is often a lean month for pubs and they have to make hard decisions. At the moment it does look like I will still be back at The Fox & Anchor in the summer. I'll keep you informed about that.

The good news is that two new venues have come in to replace the two on the way out. The first is The Grain Store in Wolverhampton. 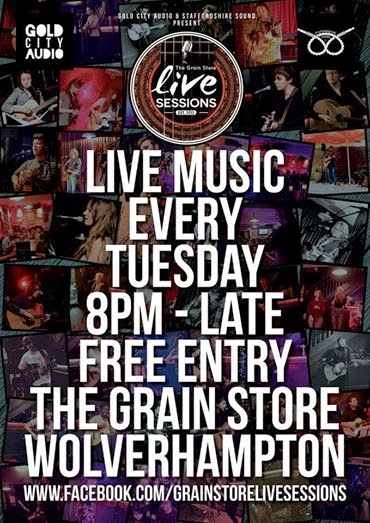 The usual host there is a guy named Andy Turner, who I worked with a few times last year (see my last blog post where I ran through the gigs I did in 2014). I guest hosted there over Christmas while he was away and he has asked me to help him out once a month. I won't always be playing, but I will be hosting what looks like the third(ish) Tuesday of every month there. I'm hosting next week's gig, if anyone fancies coming down and saying hi.

The second gig that I've started running came a bit more out of the blue. After getting a request for a covers band come in to The Replicas email account we booked a gig at The Plough in Trysull (it's on Friday the 6th of February and is free entry, if you're around). While another member of the band was on the phone to the landlord of the pub he happened to mention that they were looking to start an open mic night and perhaps run a music festival in May. Dan (from The Replicas) sent me a message telling me to get in touch so I arranged a meeting last week and went over to speak to them.

The result was a fortnightly new open mic night on a Thursday night from the 12th of February. I'm looking forward to playing in a new venue. We are also discussing the idea of putting the festival on during the May bank holiday weekend. The owners there seem really up for it, so it should be a lot of fun!

Outside of gig bookings I have been working on guide tracks for the new album ready for the drum and percussion parts to be recorded. I'm starting to get excited about these songs coming together now!
Posted by sam at 06:43 No comments:

January often means it's time to reflect and set new goals for yourself (like finish that bloody album!). 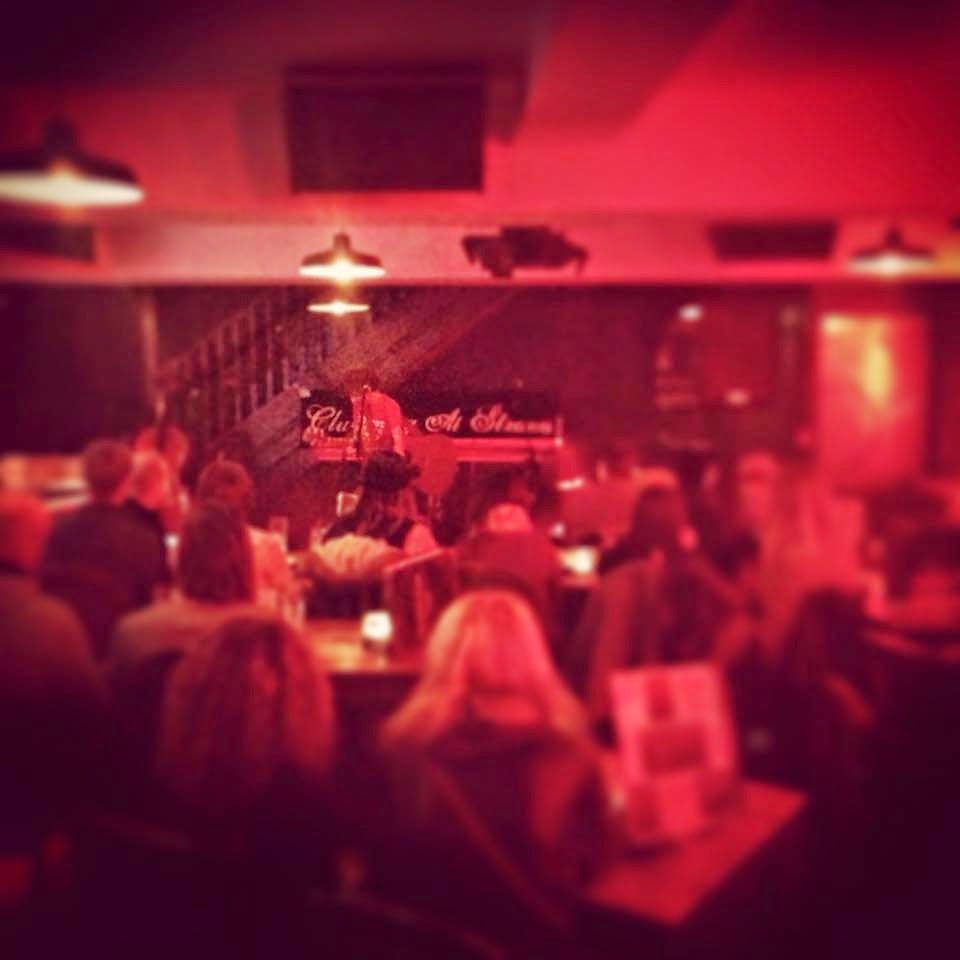 January is often something of a lean month when it comes to gigging. After a hectic December, that can also often be welcomed. 2014's edition did see me play at The Grain Store in Wolverhampton for the first time, a cool new little venue being promoted by an old school friend, Andy Turner. I would go on to host one of my highlights of 2014 there with him later in the year, but you'll have to wait for that! 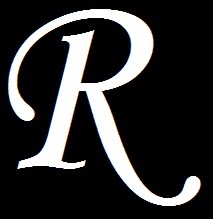 February saw the first gig of the year for The Replicas and also my first ever show at The Prince Albert in Wolverhampton. It was really good fun actually, swapping between bands outside and acoustic acts inside in a 'Jools Holland' style. It was being hosted by Born Music, a sort of extension of the band Shatter Effect, who are good friends and good people. I'm not sure if there is anything going on there now, but I'd be interested in playing again if there is. 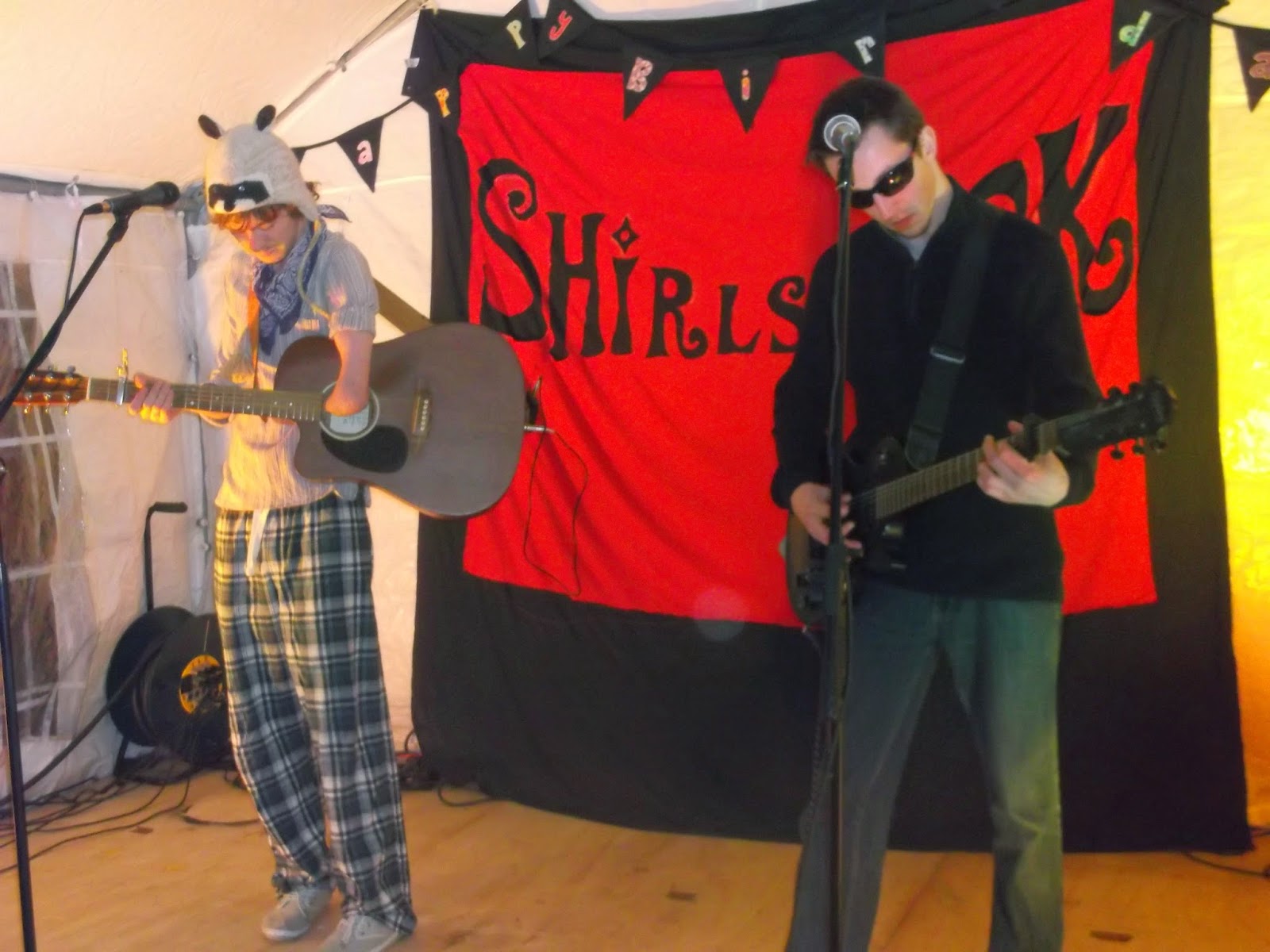 Monday is my birthday month and it just so happened that my 26th outing landed on open mic night at The Rainbow in Coven. Much fun was had by all! I also organised the music for my next door neighbours **th birthday party (I won't write how old she is, I'm a gentleman) in the form of a festival in her garden. This involved a couple of performances on my part, including a rendition of Macklemore's 'Thrift Shop' that I'm only partly ashamed of. I think there is a video around somewhere...

April was a great month. I co-promoted and played on a show at The Grain Store headlined by Oxygen Theif. It all started when my friend Hannah tweeted him asking him to check out my music after he appealed on Twitter for a support act for his Leicester show (is this starting to sound like a Grandpa Simpson story?). Instead of playing with him in Leicester, I ended up putting on a gig for him to play in Wolverhampton! It was great fun and really great experience for me as it was my first time booking and promoting a show for a signed artist.

A few days later I also played 3 shows in one day, starting out with some busking at Molinuex Stadium followed by a stop at The Golden Lion before finishing at Hail to the Ale. It was exhausting but really good fun!

In amongst the gigs this month I formed a new band. Asked to help out a band called The Times Flies after their singer/guitarist left, I eventually ended up starting my own 3 piece covers band with two of their former members (they folded, I didn't steal anyone). That band is now The Jukebox Dimes. You can find us on Facebook here. 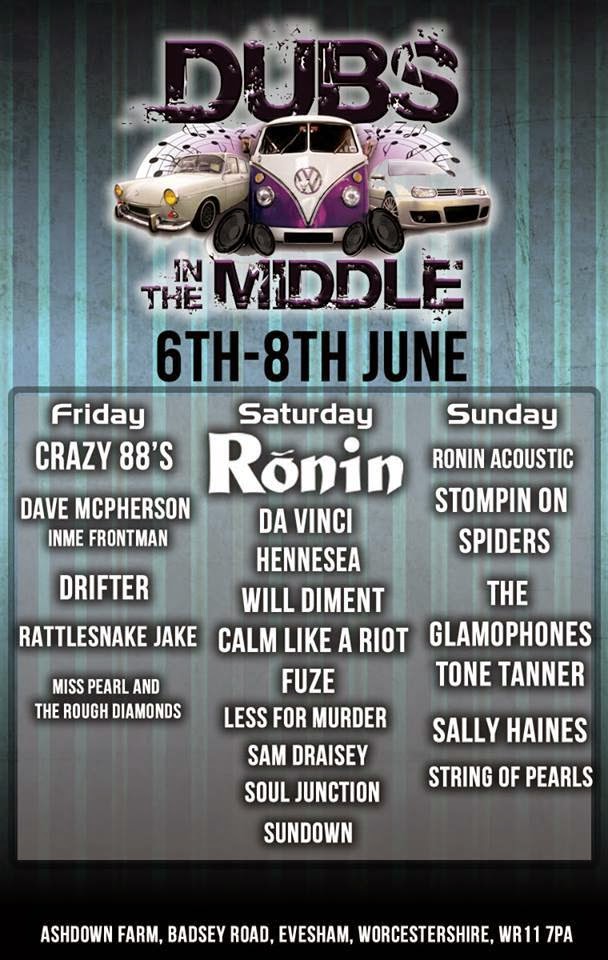 June was great! I played two festivals, including a new one for me in Evesham (Worcester) called Dubs in the Middle. Also, The Replicas returned to The River Rooms and I returned to a place where it sort of all started for me, The Shrewsbury Arms in Albrighton. Almost 10 years ago I practiced there in the first band I ever gigged in, Too Shrewd. In honour of that, and of the memory of our late guitarist (and still to this day one of the best I've ever played with) Mr Tony White, I played a somewhat emotional version of Pink Floyd's 'Wish You Were Here' as he was a huge fan of the band. It was a really special moment for me and one I'll remember for a long time to come.

Also in June I took a young lad named Jack Curley on work experience with me for a week. It was a bit strange for both of us but really quite cool. I taught him the ropes of performing, recording, live sound and promoting in the week he was with me. 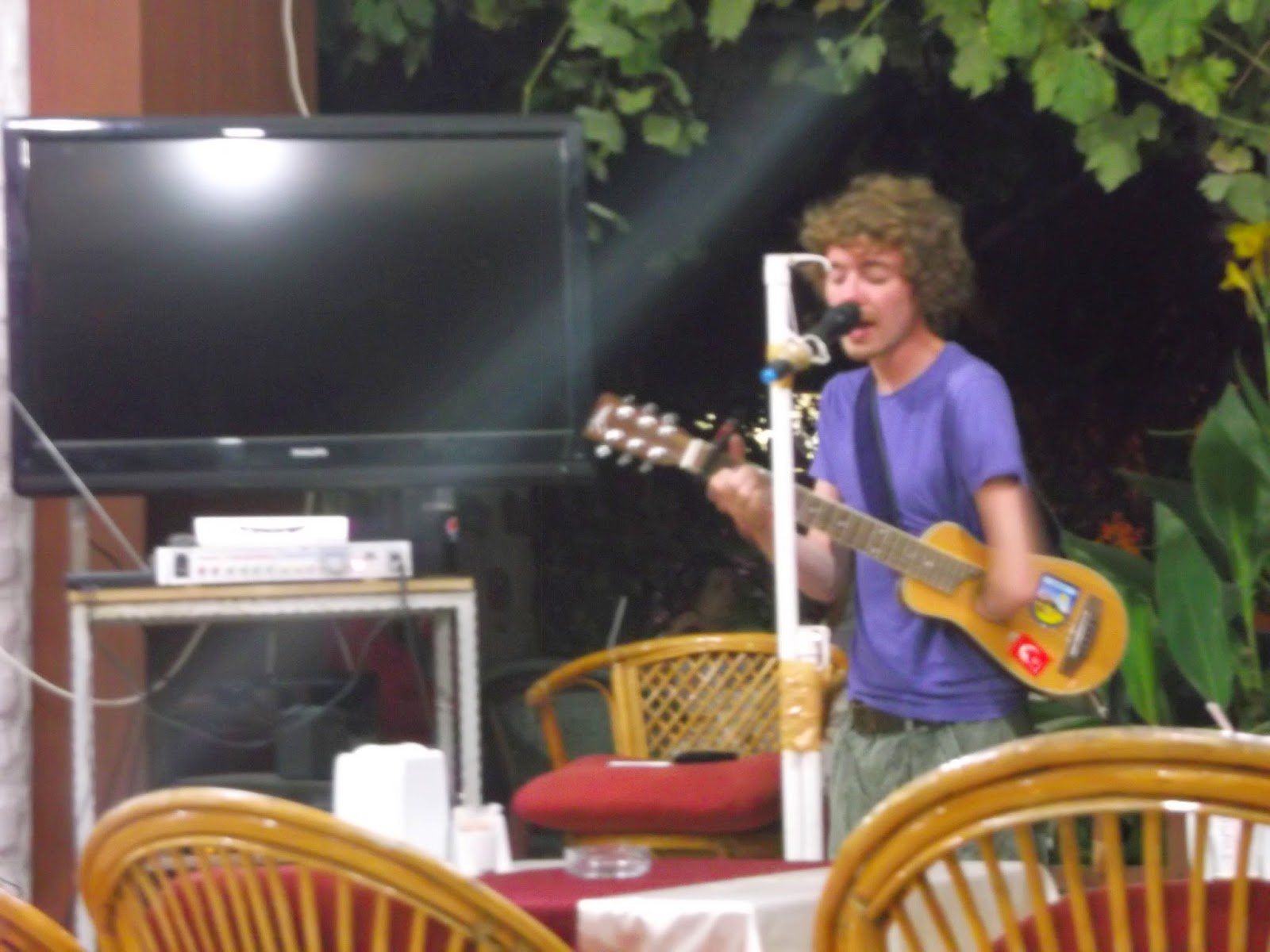 July was a bit lean, but I was on holiday for a fair chunk of it. Not one to miss a trick, I played a gig in a restaurant while I was in Turkey. It seems to be a regular thing when we go on holiday there now, but I don't really mind. It's a new audience I guess!

I also made my first appearance at Brewood Music Festival. It was a truly brilliant day and another highlight of the year. 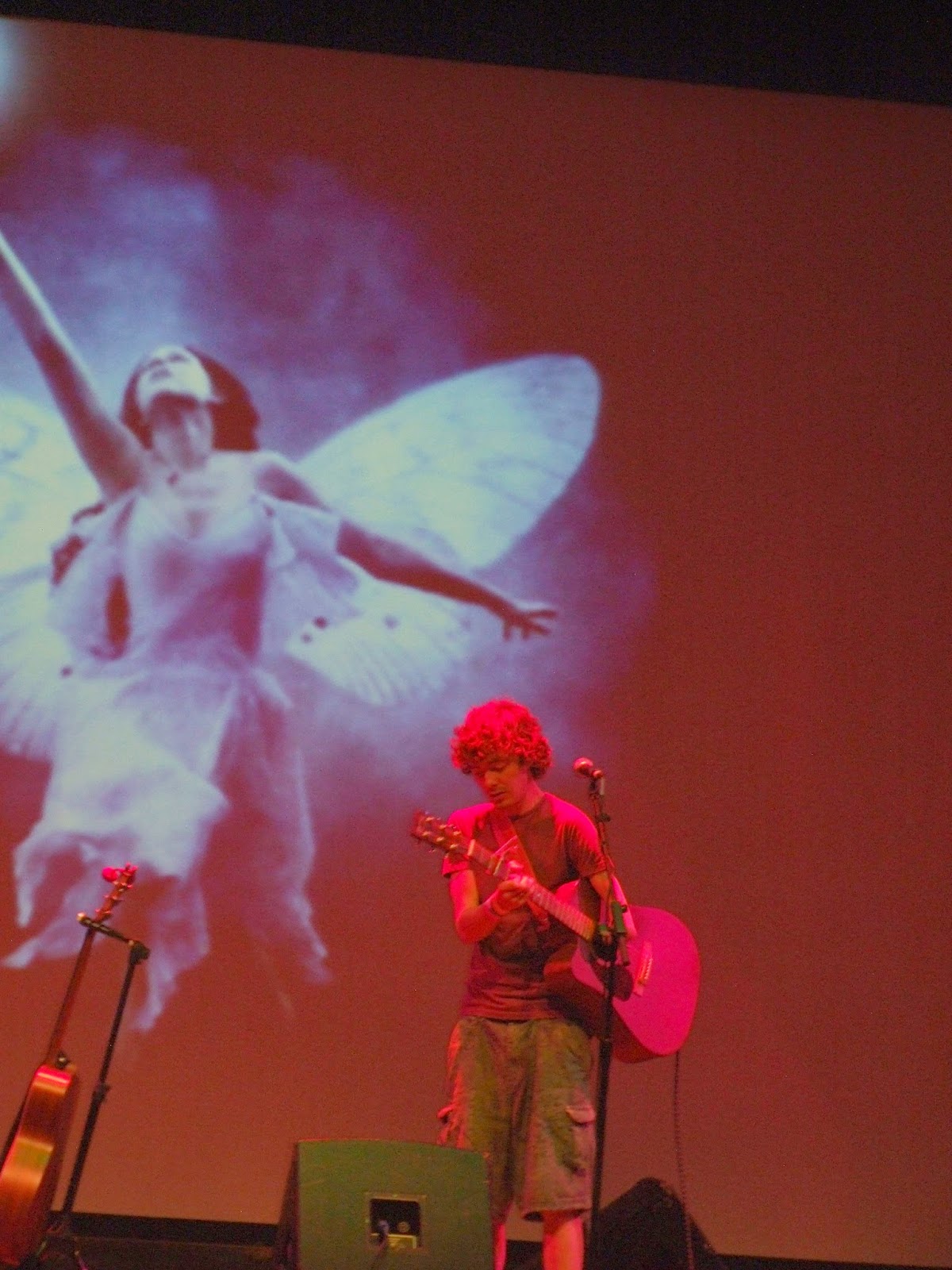 August was festival month. I love festivals, and if you count a pub car park all dayer as a festival I played 4 consecutive weekends of them in August. The newbie to the list was Llangollen's 'Famous Faery Fest', a great little festival filled with music, stories and crafty stuff (which certainly kept Mrs Draisey happy!) 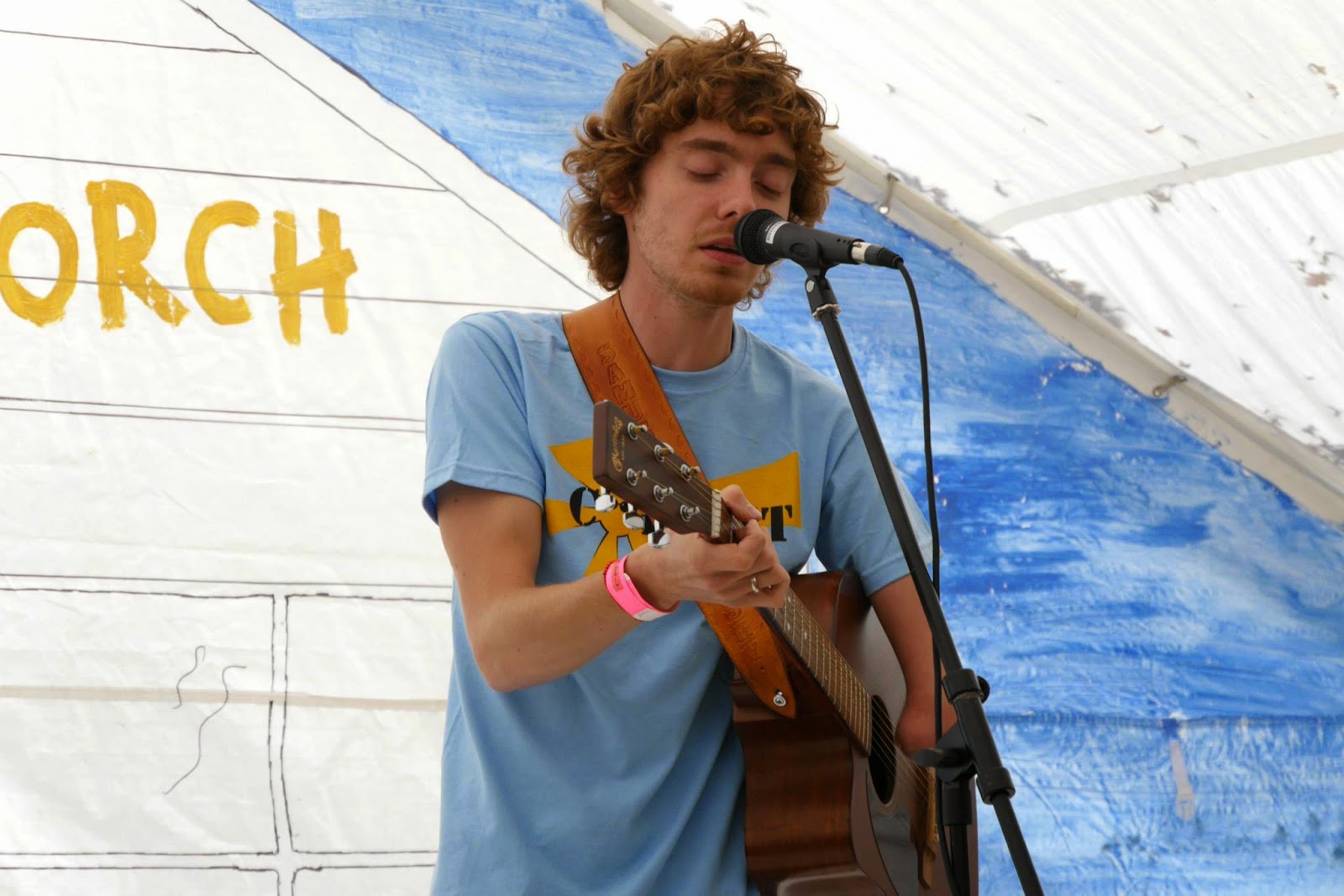 When it comes to gigs, September is all about Codfest. This year's was no exception. The line up (if I do say so myself) was awesome across both stages and I had a blast. I mean I worked constantly from about 8 in the morning until gone midnight, but it was amazing! Every year I wonder how we are going to better it, and every year somehow it gets better!

Also in September I got asked last minute to play at Shrewsbury Fields Forever, a great festival I'd love to go back to this year if the offer is there (hint hint). It was another booking through Andy Turner, who seems to have featured quite heavily on this year's highlight reel.

I know I've written the obligatory two paragraphs about September already, but I couldn't finish the month without writing about probably the coolest venue I played at last year. When I put the postcode in and me and Mrs D. headed out to Birmingham to the The Songwriters Cafe we weren't sure what to expect. I'll admit that we were a little apprehensive when the postcode took us to someone's house, but all those doubts were gone as soon as we were guided around the back by the wonderful Paul Murphy. The venue is in his back garden and no photograph of the tree house/adventure playground style structure could ever do it justice. It's simply amazing. The gig was streamed around the world and they were getting comments online from as far away as Canada and Angola! Even more amazing was that also on the bill was a guy named Dan Hartland, whom I supported on my first ever live solo gig at The Varsity way back when. I think The Songwriter's Cafe might just squeeze in as my favourite gig of 2014. Just.

Wow, October was quiet. I guess I must have subconciously needed a rest after the antics of August and September. 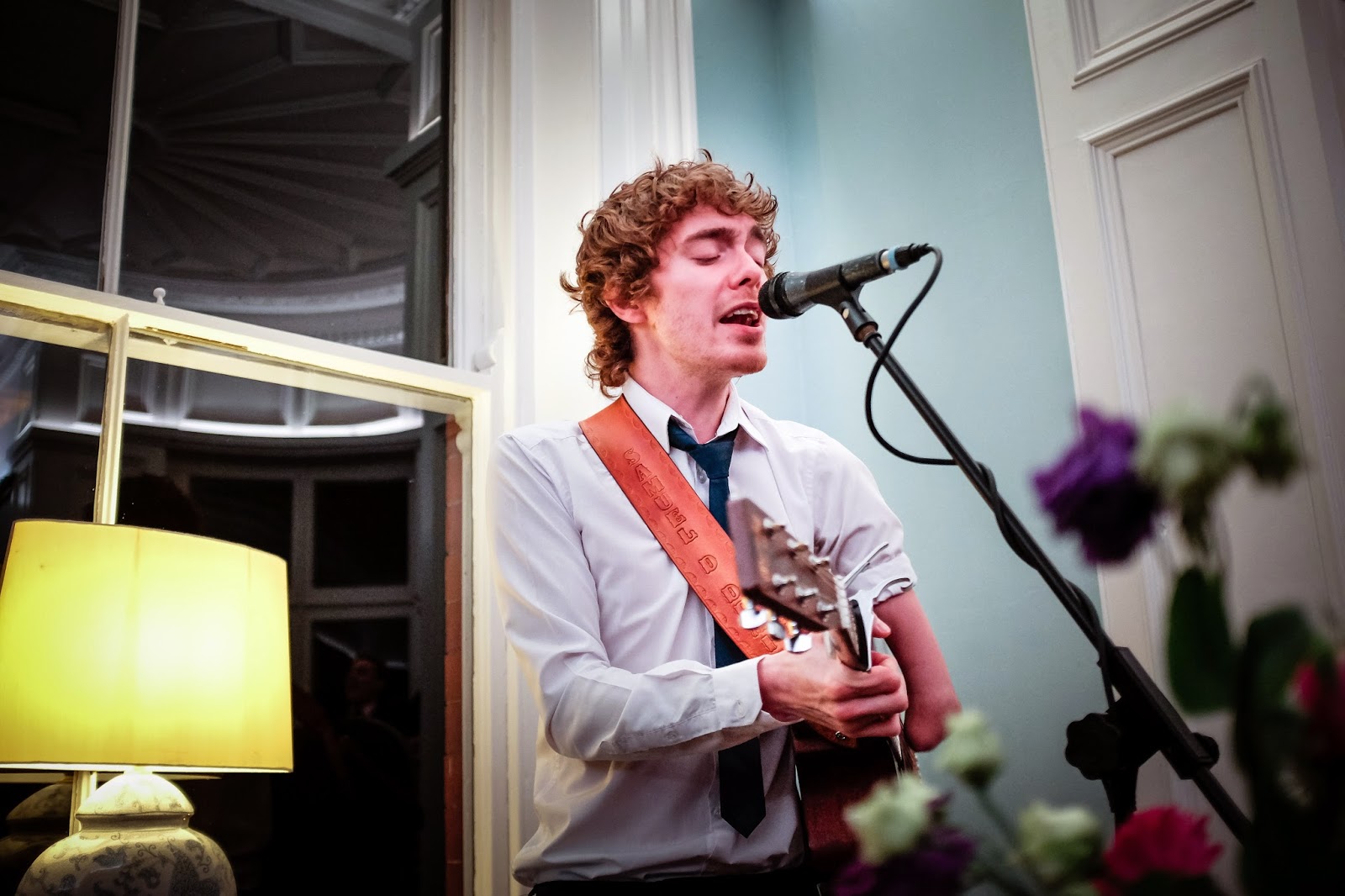 November started with me playing a wedding, which is always an honour. It's even more of an honour when I get to play someone's first dance. Whenever I'm asked to do a first dance I always video myself playing it and send it to the couple getting married for their approval. That way if it's not what they are looking for they can decide to have the original played instead and I don't end up ruining anyone's big moment! This time I played a version of 'I'm Gonna Be (500 Miles)' that was adapted from a version by an american band called Sleeping at Last. I think my version in the end sort of linked that one and The Proclaimers' original, but they seemed to like it none the less.

November also saw the debut of The Jukebox Dimes. The first gig was beset with technical problems, but we managed to pull it around and put on a good show. I also played at the EP launch of one of my good friends Brains For Breakfast. The EP is great, so get your copy from him now! 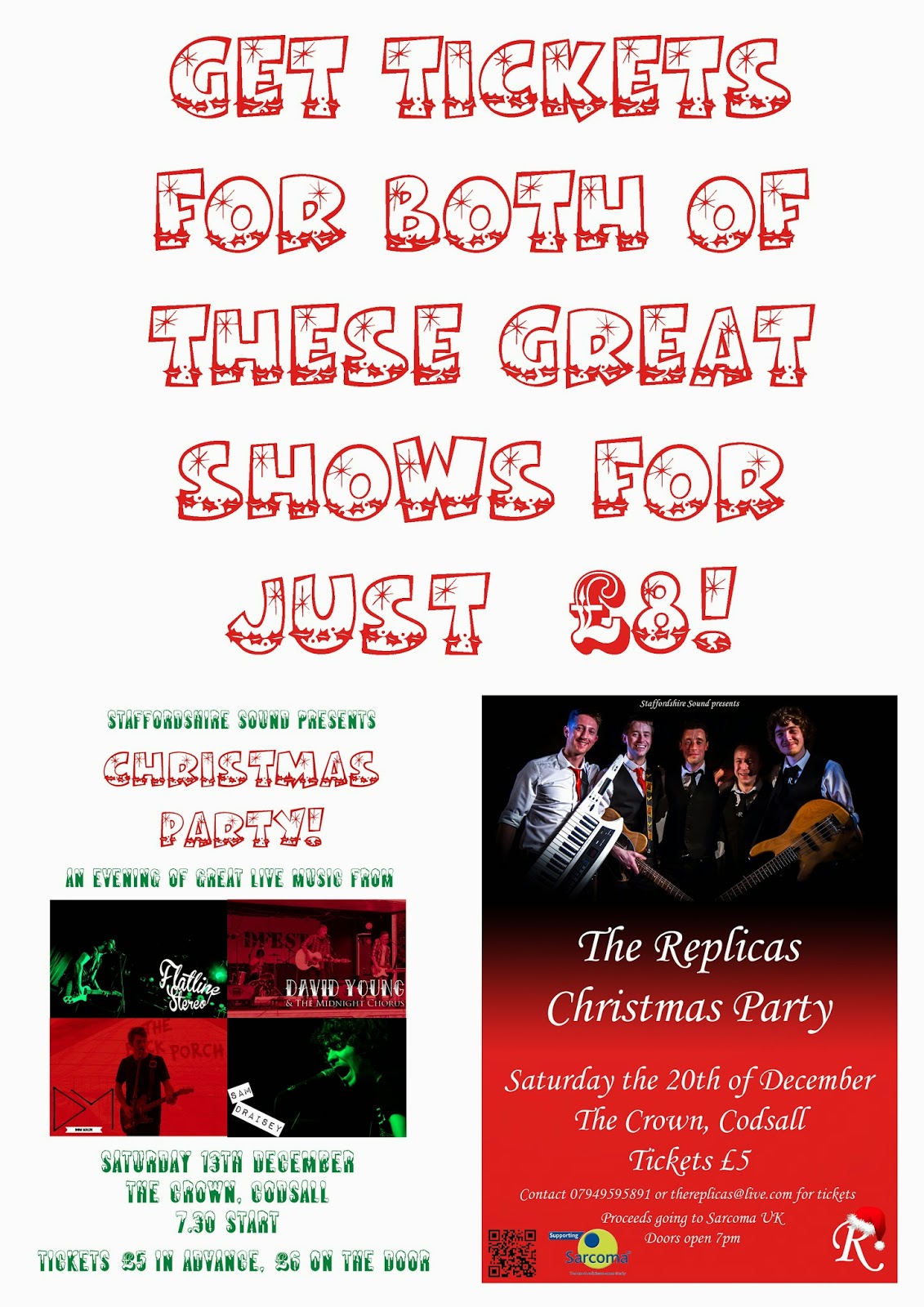 Compared to the year before December was almost tame, though I did manage to squeeze in a 3 day run of gigs the weekend before Christmas (in 3 different acts!) and put together another Charity Christmas album. I also booked a Christmas party gig at The Crown in Codsall, which was another stepping stone for me in my quest to become a 'proper' promoter.

All in all that's not a bad year of gigging. It's over 2 a week.

I'm not going to single out any one gig as the best. After all, I didn't mention all 114 gigs above, so these are basically highlights. There are some obvious ones that stick in my mind as I write this, but I'm sure you can figure those out for yourself :)

What was your favourite gig of 2014? Where would you like to see me play in 2015? Answers in all the usual places.